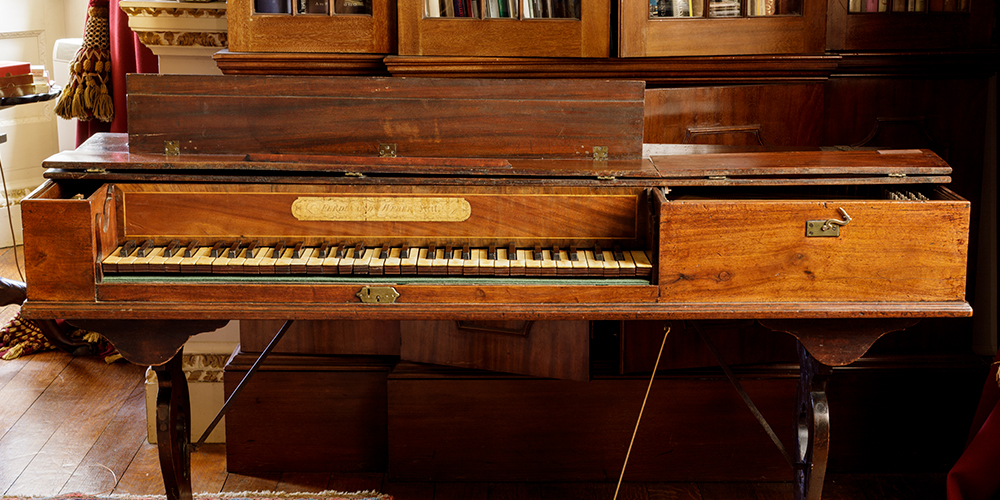 Ferdinand Weber (1715–1784) was probably the first to produce pianos for sale in the English-speaking world. He was trained in Saxony during the 1730s, just at the moment when Gottfried Silbermann was developing the new pianoforte instruments that would eventually impress Johann Sebastian Bach. After a spell in London from 1745, Weber settled in Dublin in 1749.

Only two of Weber’s pianos survive, one in the Metropolitan Museum, New York, the other at Hatchlands, which entered our collection in 2016. Records documenting Weber’s pianos date from 1765. His surviving instruments differ substantially from the pianos being produced by contemporary London makers.

The piano was carefully restored to playing order in 2017.

See also the Weber spinet and the Weber harpsichord in our collection.