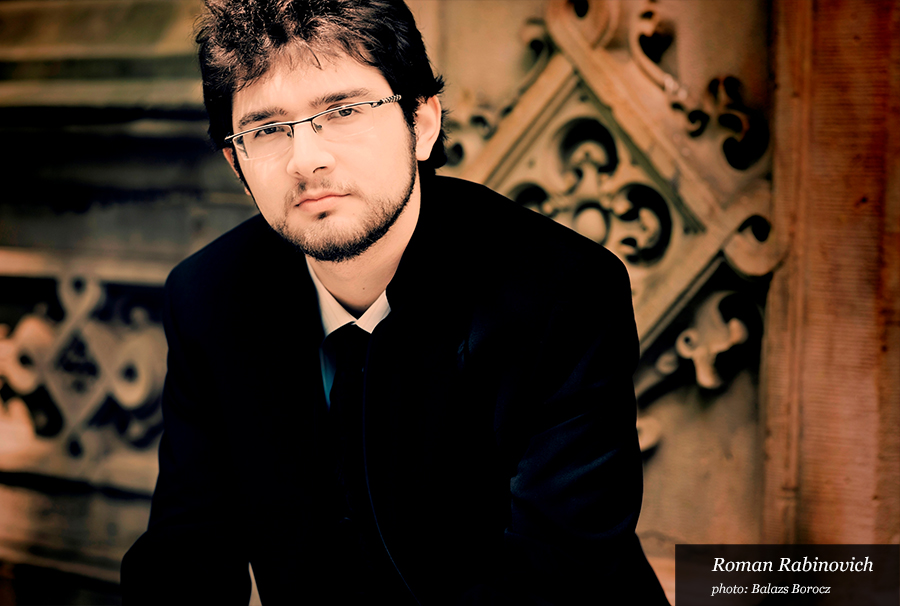 Roman Rabinovich began his studies in Israel, making his Israel Philharmonic debut under the baton of Zubin Mehta at the age of 10. He graduated from the Curtis Institute of Music and gained his Master’s Degree at the Julliard School. He was top prizewinner of the 12th Artur Rubinstein International Piano Master Competition in 2008 and in 2014 was chosen to perform in the ‘Sir Andras Schiff Selects’ series.