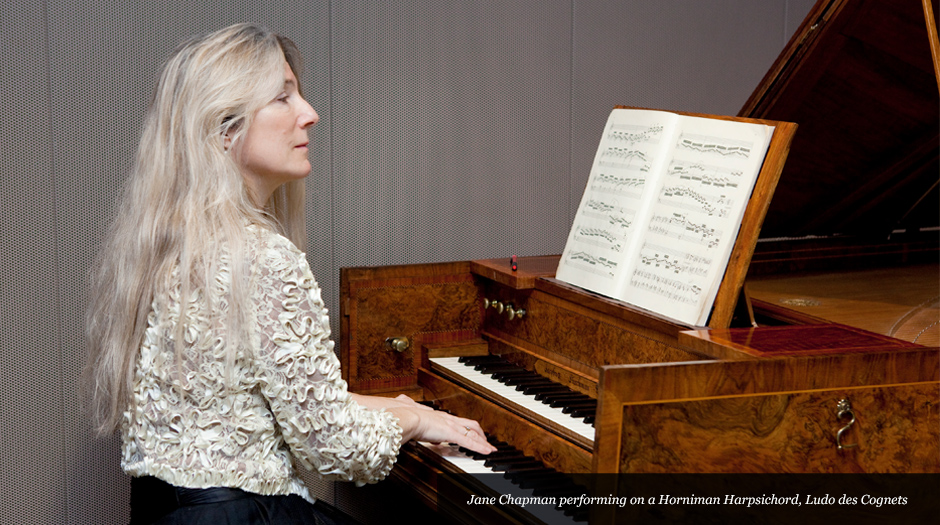 Music from the Bauyn Manuscript

The Bauyn Manuscript collection is without equal as a retrospective source of the rich repertoire of 17th century French clavenistes. It is kept at the Bibliothèque Nationale in Paris, and was copied out by a single scribe no later than 1676. Although many pieces are also found in other manuscripts, and in some handsomely engraved editions produced in France at this time, quite a few exist in no other source known to date.

Jane has selected many rarely heard pieces by composers such as Dumont, Hardel, La Barre, Monnard and Richard, as well as those by Chambonnières and his pupil Couperin.

Jane Chapman is Professor of Harpsichord at RCM and Turner Sims Fellow at the University of Southampton. She was recently artist in residence at King’s College London, supported by the Leverhulme Trust.