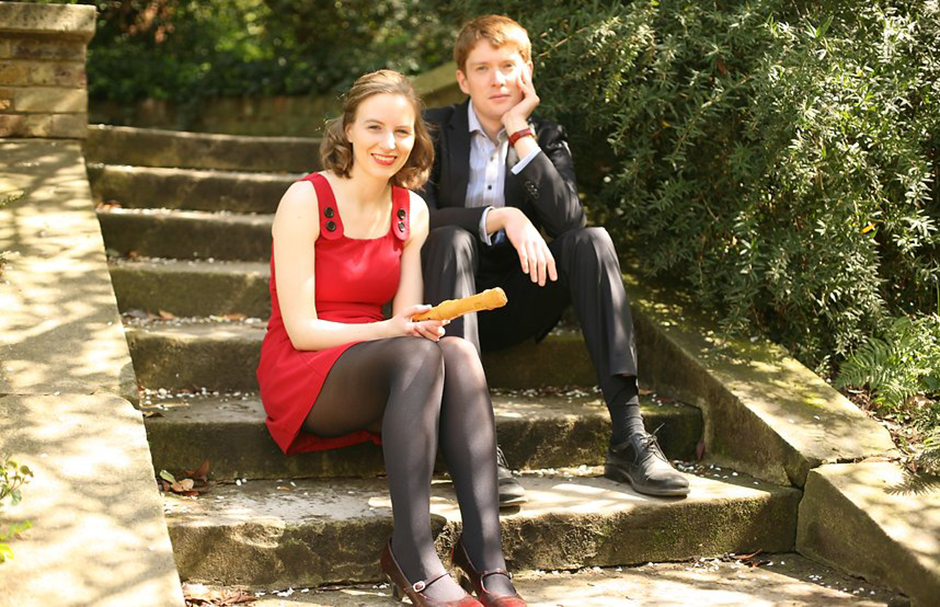 Will be screened online – https://www.youtube.com/c/TheCobbeCollection/

John Banister
“A Division on a Ground” from The Division Flute

Duo Hesperi paint a picture of London’s vibrant musical scene in the early 1700s, through the lens of the extraordinary musical small-coal merchant Thomas Britton. For several decades until his death in 1714, Britton ran musical evenings, which he hosted in his small coal-loft in Clerkenwell, attracting the best performers of the day, including Handel himself on the chamber organ! Britton’s successful business enabled him to purchase an impressive book collection, which featured a huge number of musical manuscripts. The programme features music by several of the musicians who performed in Britton’s concert series, as well as some of the more unusual music featured in the catalogue of music listed by the historian John Hawkins at his death. Most of these composers were leading musicians in late 17th century London: Johann Pepusch, William Babell, John Banister, Gottfried Finger and James Paisible were all celebrated court and theatre musicians, organists, and teachers. At this time, musicians were pouring into London from Europe to enjoy the rich opportunities for work and private patronage: many hailed from France or Germany, and later Italy – so Britton’s coal-loft would have been home to a cornucopia of musical styles and cultures

Duo Hesperi is a young, innovative, Early Music duo based in London. It is dedicated to showcasing the infinite colours and possibilities of their instruments, presenting programmes through the lens of colourful characters from the musical past. They have a particular interest in promoting unpublished and previously undiscovered Scottish Baroque repertoire, and in exploring the fascinating links between Scotland, London, and the continent through Baroque music during the eighteenth century.

Thomas and Mary-Jannet formed Ensemble Hesperi (‘Evening Stars’) as a duo ensemble while studying on the Masters programme at the Royal College of Music, where they performed regularly as part of the Historical Performance Department. In this format, Ensemble Hesperi won the Audience Prize at the Fenton House Early Keyboard Ensemble Competition in 2012, and the Century Fund Prize at the RCM Early Music Competition in 2013.

More recently, they have appeared in the London Handel Festival, the inaugural St Marylebone Festival and the ‘Future Baroque’ series at the London Festival of Baroque Music 2017. Mary-Jannet and Thomas were delighted to have been selected for the Brighton Early Music Festival Live scheme for 2016-2017, and also to have been chosen to perform twice on the continent during 2017, at the Brugge and Utrecht Early Music Fringe Festivals. Their performance of their Scottish Baroque duo programme, ‘The Pheasant’s Eye’, won the Audience Prize from over 70 performances from European young ensembles. Mary-Jannet and Thomas were also delighted to be selected as Live Music Now musicians in November 2018.