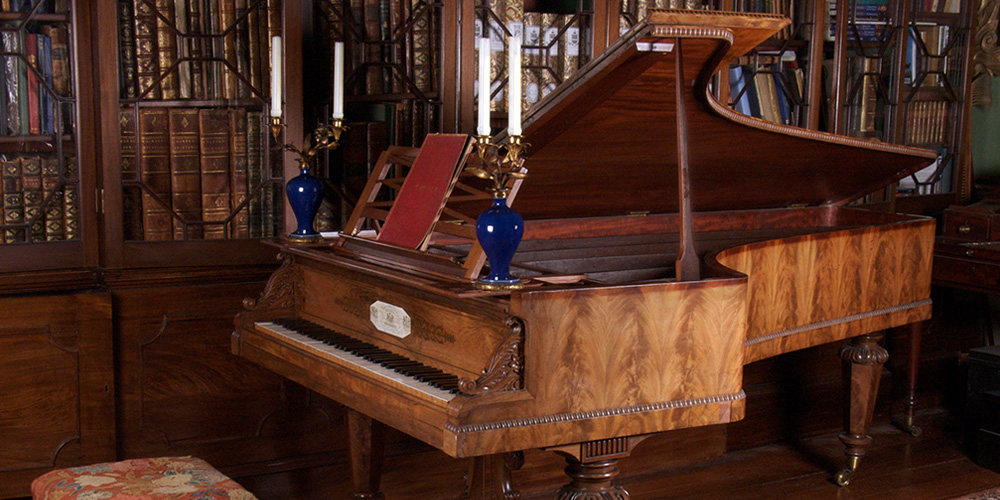 As recorded by the maker’s inscription, this piano (dated 1843) was chosen by the composer Julius Benedict for Jane Stirling. At the time she was residing in Paris and became Chopin’s pupil in that year. The composer played the instrument on many occasions. Later on, Jane Stirling brought it to the Stirling family seat, Keir House in Scotland, where she and Chopin sojourned with her cousin in October 1848. At Keir, according to her niece Miss Minnie Stirling, ‘Chopin had his own sitting room and his own piano, given to him by my aunt’. It is likely that this is the piano referred to, since it remained at Keir, possibly in anticipation of Chopin returning the following year. Thereafter, it survived at Keir from where it came to the collection in 1981.