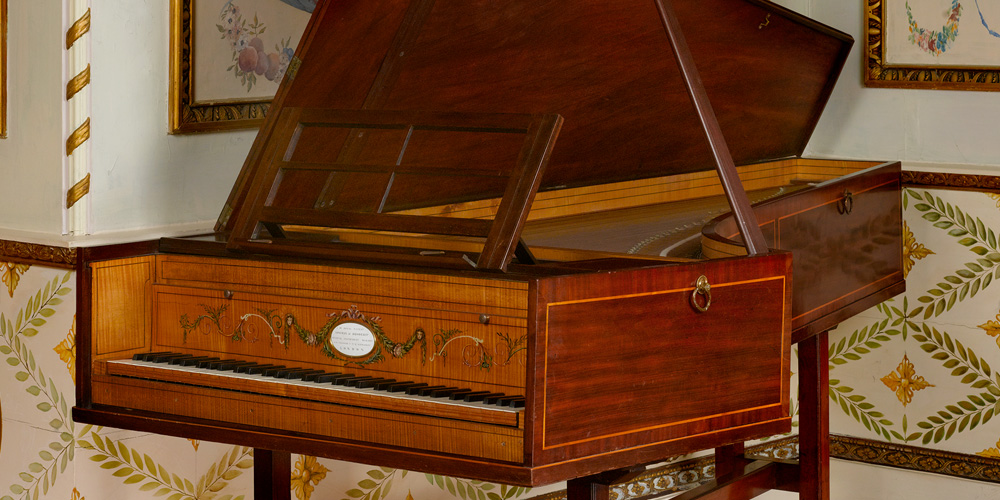 Longman & Broderip mainly manufactured square pianos; they appear to have made only a small number of grand pianos. Of these, only three surviving have the extended 5½ octave compass seen here; one of them belonged to Haydn (see No. 42). This instrument has two pedals; that on the right lifts the dampers. On the left is the una-corda pedal which slides the movement so the hammers may hit three, two or one of the three strings of each note. The instrument shows the decorative influence of the Dublin maker William Southwell, with whom Longman & Broderip had entered into an agreement in 1794.