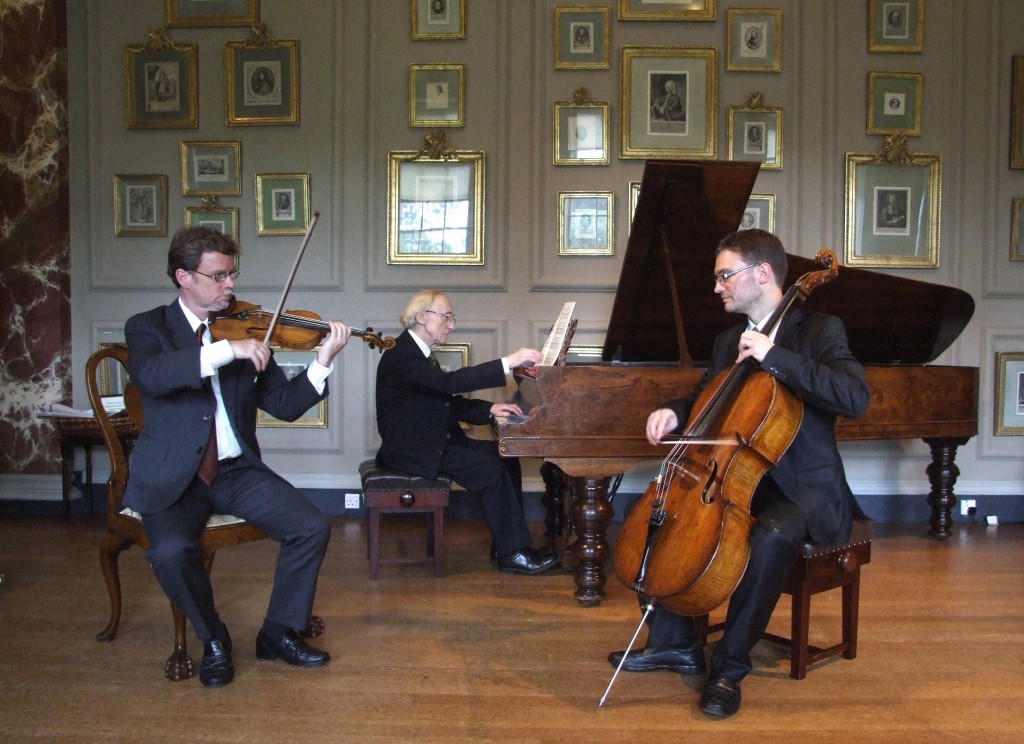 This anniversary concert brings together two remarkable instruments. The Erard square piano which Napoleon commissioned in 1810 for the private apartments in the Tuileries will be heard in music known to have been played to him there. We are privileged to be borrowing the instrument for this occasion.

King George IV’s Streicher piano, made in Vienna in 1823 and on loan from HM The Queen, will feature in Beethoven’s ‘Battle Symphony’ (dedicated to the King as Prince Regent) and celebratory pieces from 1815. Chamber music purchased for domestic music- making by the future Duke of Wellington in 1805 will complete this fascinating programme.

The concert includes a 20 minute interval.