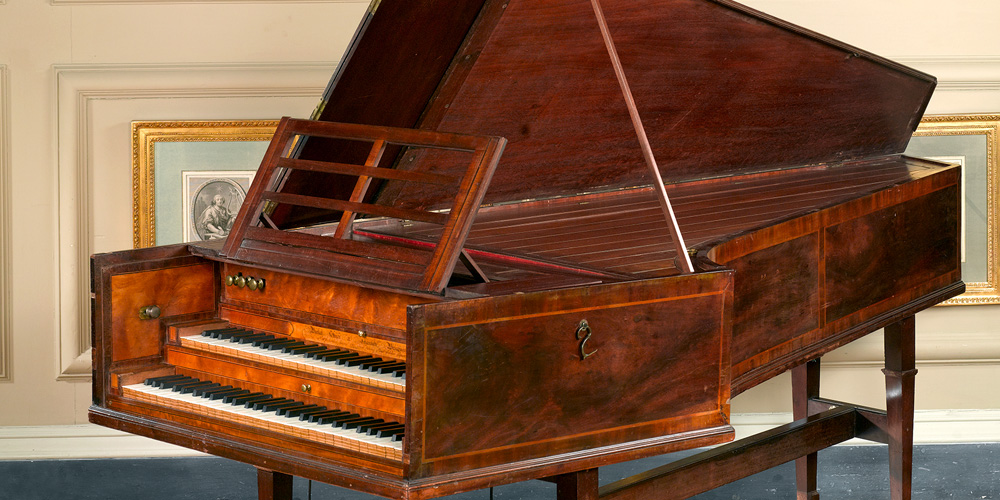 Burkat Shudi established a harpsichord business in London in 1728, patronised by Handel and Frederick, Prince of Wales. In 1769 his daughter married John Broadwood who became a partner in Shudi’s business, which eventually became John Broadwood and Sons, the longest running firm of keyboard instrument makers.

The property of the Royal Academy of Music, on permanent loan to the Cobbe Collection Trust.